This week’s Fun Friday story involves surprising a tenant who was in the middle of doing a stealth move-out. 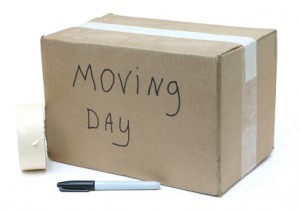 I had a tenant who had gotten behind on the rent and had not yet paid for the month.  I was in contact with them about rent, and they promised me that it was coming.  They claimed they were getting paid within the week, then I would have the rent money.  In fact, we had several conversations where the tenant promised to meet me on a Friday and pay the rent.

On Wednesday of the week that the tenant was supposed to meet up with me, I happened to be driving through the neighborhood so decided to take a drive by the house to check things out.  To my surprise, there was a U-haul truck in the driveway being loaded up with household items.  Clearly the tenant was moving out, having not bothered to clue me in on their intentions.   I got out of my car and walked up to the tenant as they were loading some furniture into the truck.  They looked shocked to see me.  Then they looked really nervous.  I of course asked them if they were moving out, and they started stammering excuses about getting a new job and needing to move quickly.

Of course it was a blatant lie.  They were just caught in the act of stealth moving and didn’t know what to do.  It was fairly comical busting them like that.  You could see their brain trying to think of any excuse I might buy that would explain the situation.  The unfunny side was that they still owed rent and now I had to deal with an unexpected tenant move-out.  I don’t know why tenants think it will be easier to make up elaborate stories instead of simply telling me their situation.  I am a reasonable person, and if I know what I am dealing with I can usually work something out.  Unfortunately this tenant opted to do it the hard way, which in the long run turned out to be worse for them.

Filed Under: Friday Fun Tagged With: tenant moving out