This week’s Fun Friday Story is about a renter who left behind some items and thought we would store them for her indefinitely. 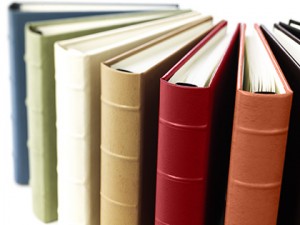 The tenants were a girlfriend and boyfriend.  They lived at the house fine for a while until the relationship went bad and they broke up.  The lady moved out first, then apparently the guy had trouble paying the bills on his own because he abandoned the house a few months later.  When cleaning up the property afterward (because of course they left behind a lot of stuff and did not clean), I came across several photo albums.  These were family photos, mostly of the female tenant from when she was young.  They were old photos, and probably irreplaceable.   The kind of thing that someone would want to have.

I did not want to just throw out the photo albums, so I attempted to contact the tenants to try to make arrangements to return them.  i called both the lady and guy and left several phone messages for each over a couple of months.  I also sent emails to the lady and got no response.  I guess since they left the property owing money they were not keen to return my calls, even though I stated why I was contacting them.  Eventually I gave up, and after a few months I trashed the albums.

Six months later, I got a random phone call from the female tenant saying that she had left some personal items in the house, along with a freezer, and wanted to know if we still had them.  I couldn’t believe she thought that we would really store their abandoned items for over six months on the off chance they would one day contact us and want them back.  I had to tell her that we had sold the freezer to try to recoup some of the back-rent, and that we had thrown away the photo albums months ago.  I then asked her about scheduling a payment plan to pay back the rent that was still owed.  Not surprisingly she quickly got off the phone, never to be heard from again.