Most Destruction in Shortest Amount of Time – Fun Friday Stories 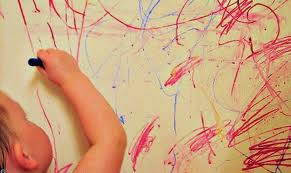 Today’s Fun Friday Story is about my tenant who holds the record for most destruction to a home in the shortest amount of time.

This particular tenant – actually a family of four –  moved into their home in June.  They paid first month’s rent and the deposit with no problem.  July comes around and the tenants had not yet paid rent.  I could not get them on the phone, so I stopped by the house to investigate.  I then noticed that they had moved out of the place.

They had lived there less than one month, but they left behind a huge mess.  They left behind large pieces of broken furniture that had to be hauled out.  There was trash and spoiled food in the refrigerator.  A big hole was in the living room wall.  The worst rooms though were the kids’ rooms.  They had allowed their young kids to draw all over two bedrooms with crayon and markers.  The walls were completely covered and had to be repainted.  They also put up hundreds of tiny star stickers.  To add to the fun, they spilled nail polish all over the bathroom counter and floor.  There was also the usual window blinds being damaged and no cleaning done at all.  All of this accomplished in under a month.

I am not even sure how it was possible they did that much damage in such a short period of time.  The biggest shame was that they did not feel the need to try to pay for their damages.  Their deposit did not cover the lost rent and repairs.  It is tenants like these that make me hate the rental business sometimes.