A Tenant Who Was Not Approved – Fun Friday Stories

This week’s story is about someone who wanted to be a tenant in one of our residences, however they did not get approved. 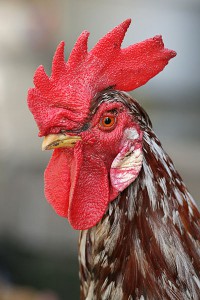 Tenant applications are straightforward. Most people who get rejected for a home are rejected because of insufficient income, serious credit report problems, history of evictions, or something along those lines. In this particular case, I had a tenant apply and everything seemed fine about the application and no red flags were thrown. I showed them the property and everything looked good.

I was then asked if animals were allowed. This is a very normal question, so I ran through what animals were and were not allowed. They then asked if chickens were ok. In general chickens are not ok, but I try to keep an open mind and find out more about the particular pet in question. After more questioning it comes out that it is not chickens that they have, but roosters. Not just any roosters – fighting roosters. I was appalled to be asked that. Of course I told them that was not allowed and then rejected their tenancy application.

What made this stranger was that the house they were applying for was in a subdivision where houses were close together. Backyards touched each other, so it would only have been a matter of time before neighbors started complaining. I suppose the bright side is that the people actually let out their intentions ahead of time. It was so much easier to just turn down their application than to have them move in and be surprised to find a rooster fighting operation going on in the house later. I guess I dodged a bullet on that one.