“Why My Rent is Late” – Fun Friday Stories 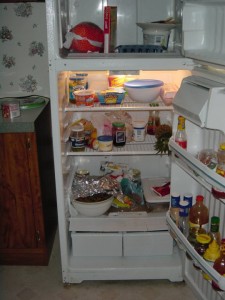 For this Fun Friday Story – we just have to look back a month:

The rental market can be a lot of things, but it is never boring. Tenants will do a lot of things that try your patience, annoy you, or just make you question what they were thinking. I decided to start writing down some of the funny, bizarre, and outrageous renter excuses and experiences I’ve had.

Why rent didn’t get paid?
Last month I had a tenant that was late on paying rent for the month. I went by the property to post the late notice and it became apparent the tenant had recently moved out. They were only about six months into a year lease, and had not given any indication that they would be moving. Always annoying.

What made this move-out more fun is that the tenants left behind a ton of broken furniture and trash. The place was of course filthy. There is actually another story to this that I will post at a later time.

When tenants vacate unexpectedly, I do my best to track them down, as rent is still owed per the lease agreement. In this particular case, the tenant’s mother lived in the same neighborhood and through nosy neighbors I was able to get her phone number and contact the tenant via the mother.

I asked the tenant why she had moved out and not given any notice. Her answer was that her husband was bitten by a spider and didn’t want to live there anymore. Trying to work it out with her, I explained that I was sorry if he had a spider bite, but that was not a reason to just move out of the property without notice, and that they still owed rent for the month. This made the lady flip out and she started getting aggressive and then started making claims that her husband had to go to the hospital for the spider bite. When I asked why didn’t she say something if there was a problem, she just abruptly changed the subject (obvious she was lying). I should also note that both before and after move-in there was no evidence of any bug or spider problems with the house. The house is out in the country, and when the tenants left it there were bags of cat food open all over the floor, so any spiders would have been the result of their actions.

What gets me about this is that the tenant honestly believed she could just move out whenever she wanted and not have to continue paying her rent. It is baffling to me how she can truly think she could just move out, leave behind a ton of trash, and not need to worry about notifying anyone or pay what she owed.